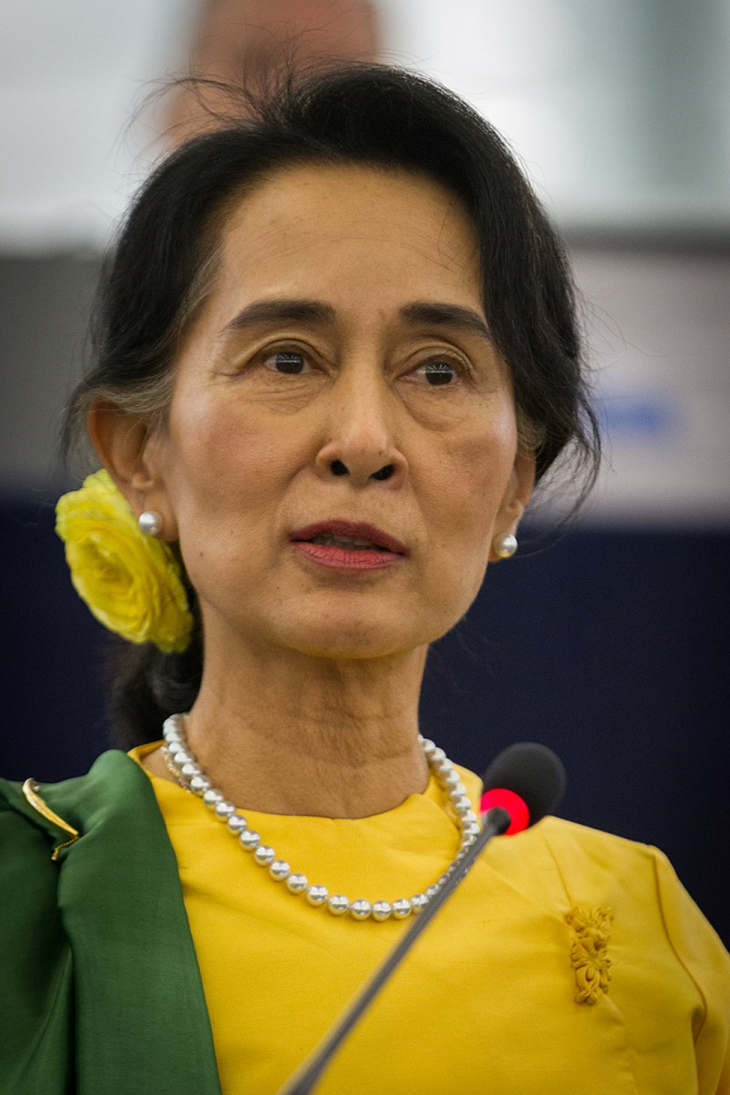 The youngest daughter of Aung San, Father of the Nation of modern-day Myanmar, and Khin Kyi, Aung San Suu Kyi was born in Rangoon, British Burma. After graduating from the University of Delhi in 1964 and the University of Oxford in 1968, she worked at the United Nations for three years. She married Michael Aris in 1972, with whom she had two children.

Aung San Suu Kyi rose to prominence in the 1988 Uprisings, and became the General Secretary of the National League for Democracy (NLD), which she had newly formed with the help of several retired army officials who criticized the military junta. In the 1990 elections, NLD won 81% of the seats in Parliament, but the results were nullified, as the military refused to hand over power, resulting in an international outcry. She had, however, already been detained under house arrest before the elections. She remained under house arrest for almost 15 of the 21 years from 1989 to 2010, becoming one of the world’s most prominent political prisoners. In 1999, Time Magazine named her one of the “Children of Gandhi” and his spiritual heir to nonviolence.[4]

Her party boycotted the 2010 elections, resulting in a decisive victory for the military-backed Union Solidarity and Development Party. Aung San Suu Kyi became a Pyithu Hluttaw MP while her party won 43 of the 45 vacant seats in the 2012 by-elections. In the 2015 elections, her party won a landslide victory, taking 86% of the seats in the Assembly of the Union – well more than the 67% supermajority needed to ensure that its preferred candidates were elected President and Second Vice President in the Presidential Electoral College. Although she was prohibited from becoming the President due to a clause in the constitution – her late husband and children are foreign citizens – she assumed the newly created role of State Counsellor, a role akin to a Prime Minister or a head of government.

Since ascending to the office of State Counsellor, Aung San Suu Kyi has drawn criticism from several countries, organizations and figures over Myanmar’s inaction in response to the genocide of the Rohingya people in Rakhine State and refusal to accept that Myanmar’s military has committed massacres. Under her leadership, Myanmar has also drawn criticism for prosecutions of journalists. In 2019, Aung San Suu Kyi appeared in the International Court of Justice where she defended the Burmese military against allegations of genocide against the Rohingya.